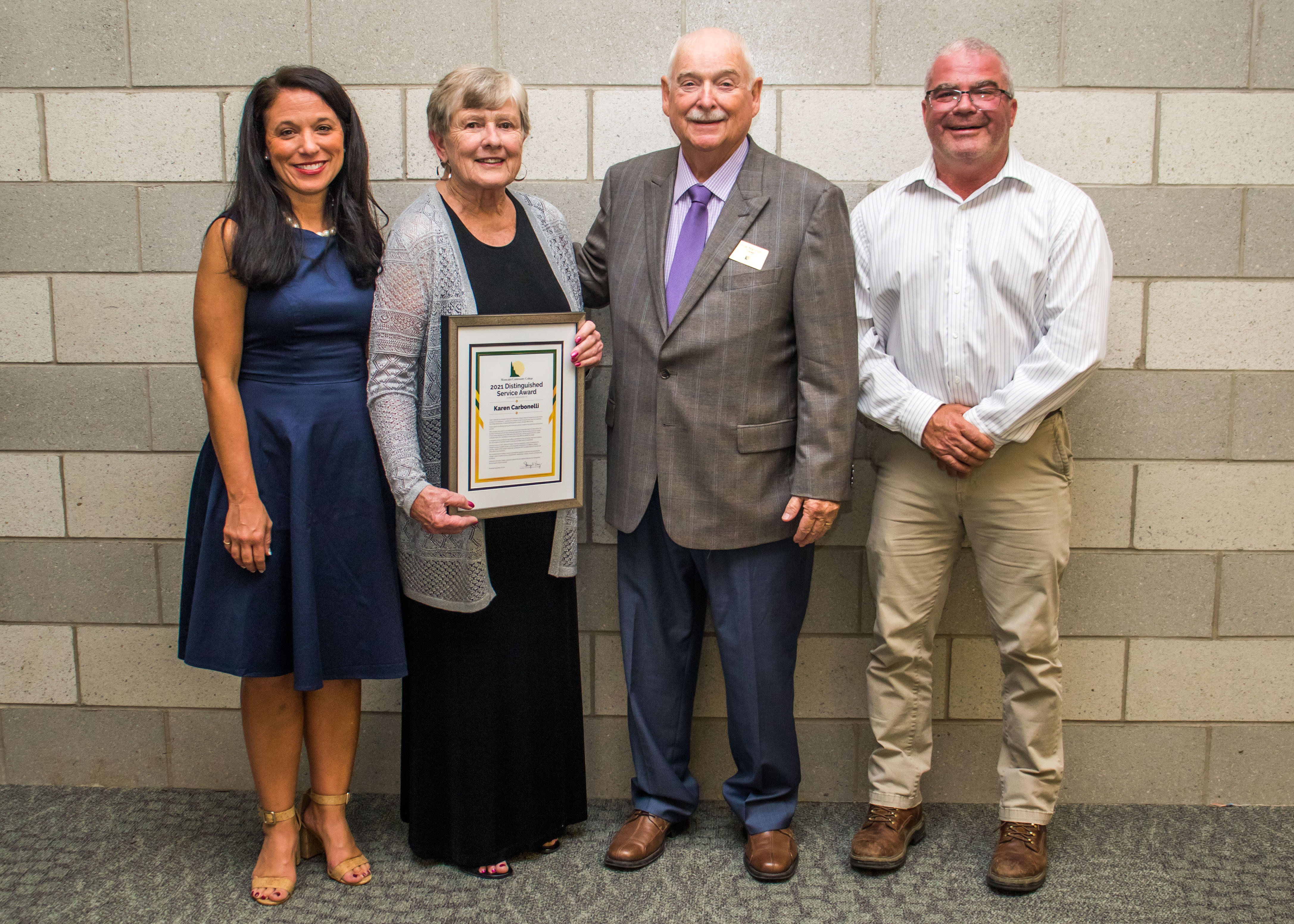 MCC Board of Trustees Vice Chairperson Bob Marston recognized Carbonelli for her achievements during a gathering of former award recipients and college dignitaries on Sept. 18 at the Stanley and Blanche Ash Technology and Learning Center on the college’s Greenville campus.

Carbonelli has served on MCC’s Board of Trustees for 40 years and for 24 years as its chairperson – a position she continues to hold.

“Karen’s passion for lifelong learning and community service is evident in her professional and personal pursuits,” Marston said.

With a 40-plus-year career in real estate sales and business ownership, Karen has been active in the business community and with many community organizations. She has actively served in a variety of fund-raising initiatives for the betterment of the community, and has served on the MCC Capital Campaign Major Gifts Committee for several fund-raising efforts to benefit the college.

In recognition of her contributions and selfless volunteerism in the community, Karen was honored as the 2019 recipient of Spectrum Health’s Fred and Lena Meijer Spirit of Caring Award.

During her tenure on the Board of Trustees, Karen has supported a variety of initiatives at MCC focusing on student success, continuing quality improvement, accreditation, strategic planning, creation of the college’s master plan, growing the MCC Foundation Board of Directors and other areas of key importance.

“We commend Karen for being a visionary and longtime supporter of education and upholding the college’s values of student success, empowerment, relationships, visionary, inclusion, community and excellence. Montcalm Community College is pleased to present the 2021 Stanley & Blanche Ash Distinguished Service Award to Karen Carbonelli,” Martson said.

State Sen. Rick Outman also presented Carbonelli with a Declaration from the State of Michigan for her achievements.

Carbonelli learned of the honor during the college’s Sept. 14 Board of Trustees meeting, during which the trustees approved a motion naming Carbonelli as the award recipient.

“I was blown away. So surprised,” Carbonelli said. “I don’t often become speechless, but I was that evening.”

The MCC Board of Trustees established the Distinguished Service Award in 1973 to recognize people who and organizations that – through a sense of purpose, community concern and leadership – have helped the college serve its community.