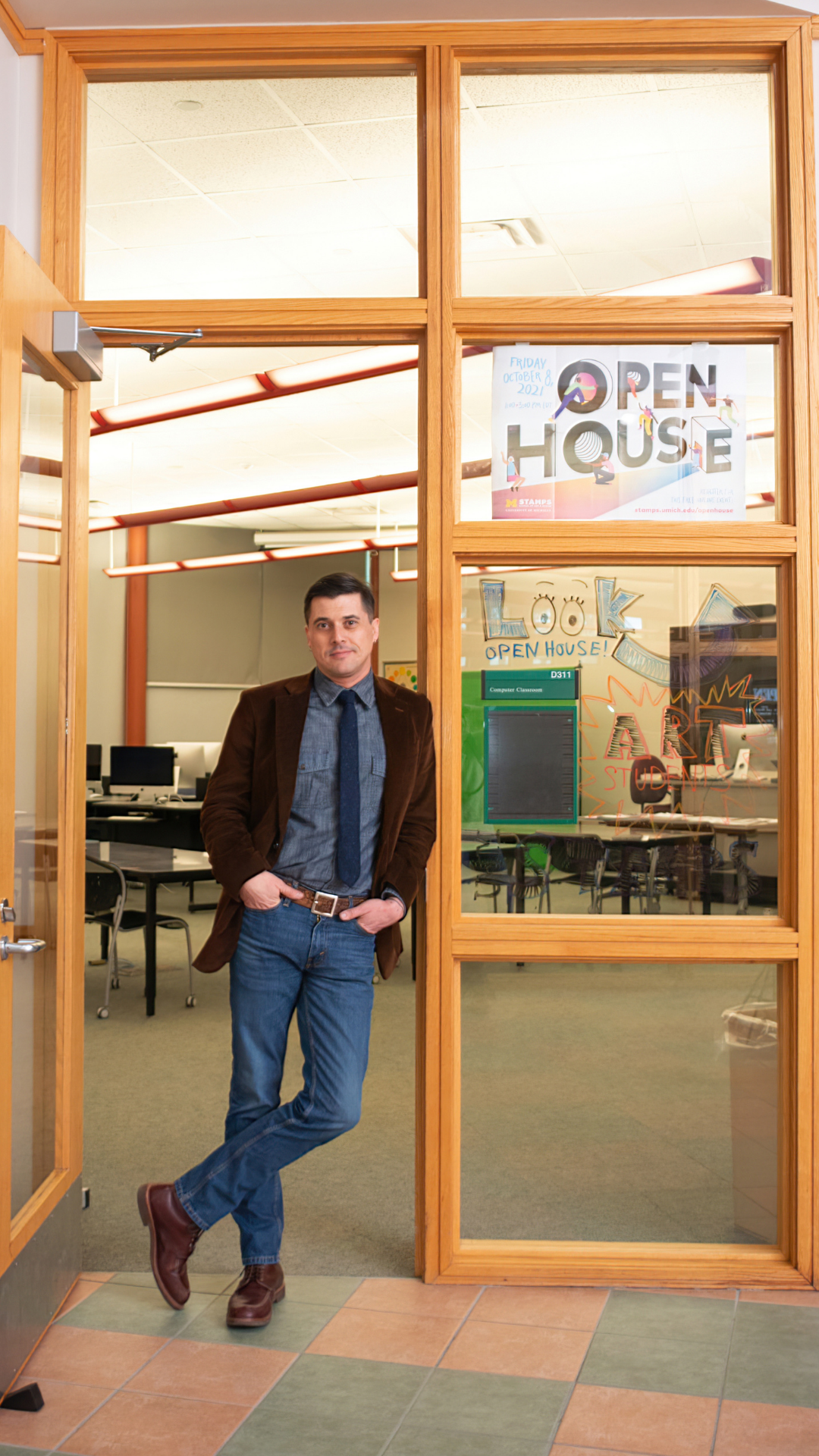 Seth holds a Master of Arts in Visual and Critical Studies from Kendall College of Art & Design.

He is a council member on the Native American Advisory Council at Grand Valley State University as well as a member of several other Indigenous-centered educational groups throughout the United States and Canada. He is a co-founding member of wiinwaa niizhaasing (We the 7th), an Indigenous led environmental, cultural and socially minded collective that was nominated for an Emmy Award in 2017, with their documentary series, wiinwaa niizhaasing (We the 7th) and in 2021 for a four-part documentary series, Shaping Narratives. He has lectured on Cultural criticism, critical theory, post-colonial political landscapes, Tribal sovereignty, traditional Indigenous and Western arts and culture, and more.

Seth is currently completing his new multi-media project, the Commodity of Culture. Along with his collective, We the 7th is now exhibiting with Standing Rock Solid; a traveling retrospective of Indigenous protest art, currently on display at the Ziibiwing Center of Anishinabe Culture and Lifeways in Mt. Pleasant, Mich., and more recently in New Jerseyʼs Raices Cultural Center. Sutton is the author of "A Deconstruction of Chief Blackhawk: A Critical Analysis of Mascots & the Visual Rhetoric of the Indian (2021).

Seth is a descendant of the North Shore Band of Waganakising Odawa and a non-enrolled member of the Little Traverse Bay Bands of Odawa Indians. 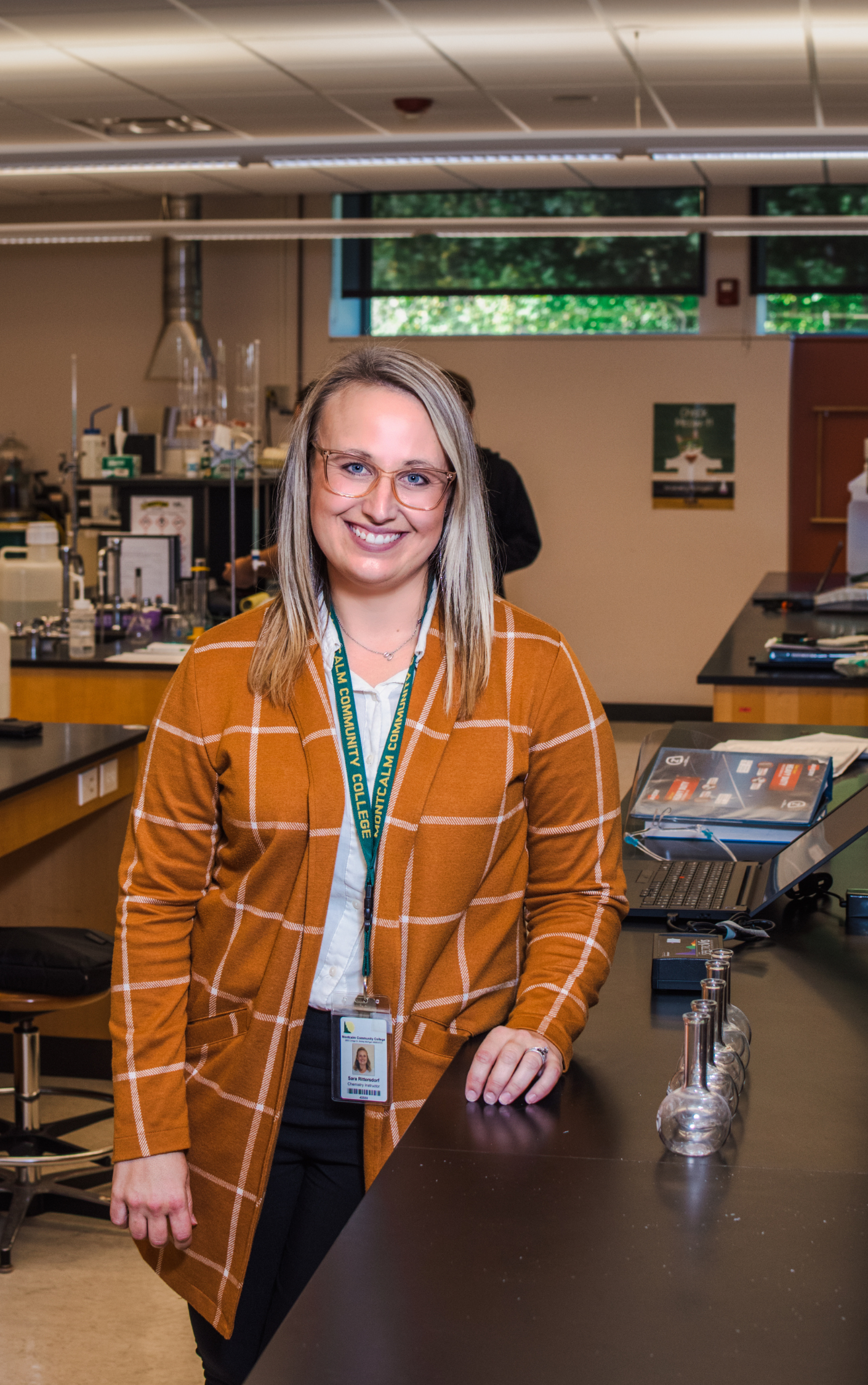 Sara Rittersdorf, M.A., is a full-time Chemistry Instructor at Montcalm Community College. She first came to the college as a dual-enrolled high school student and found her way back here several times for part-time jobs throughout her college years.

Before joining MCC full-time in August 2021, she spent 11 years working in the K-12 school systems primarily as a math teacher, but she also taught chemistry. During her first two years as an educator, she worked in Arizona. She especially loved this time in her life because she was a quick drive to Las Vegas or the Grand Canyon and could visit on a whim.

Sara has been married to her husband, Ryan, since 2011. They have three children together: Addison, Miles and Elliot. They also have a house full of pets including three dogs, a bunny, and a cat and this summer they raised pigs.

When asked who she admires most, Sara said her parents. She said they have always worked hard for what they have and live a simple life keeping their focus on family.

Sara shares some facts about herself: 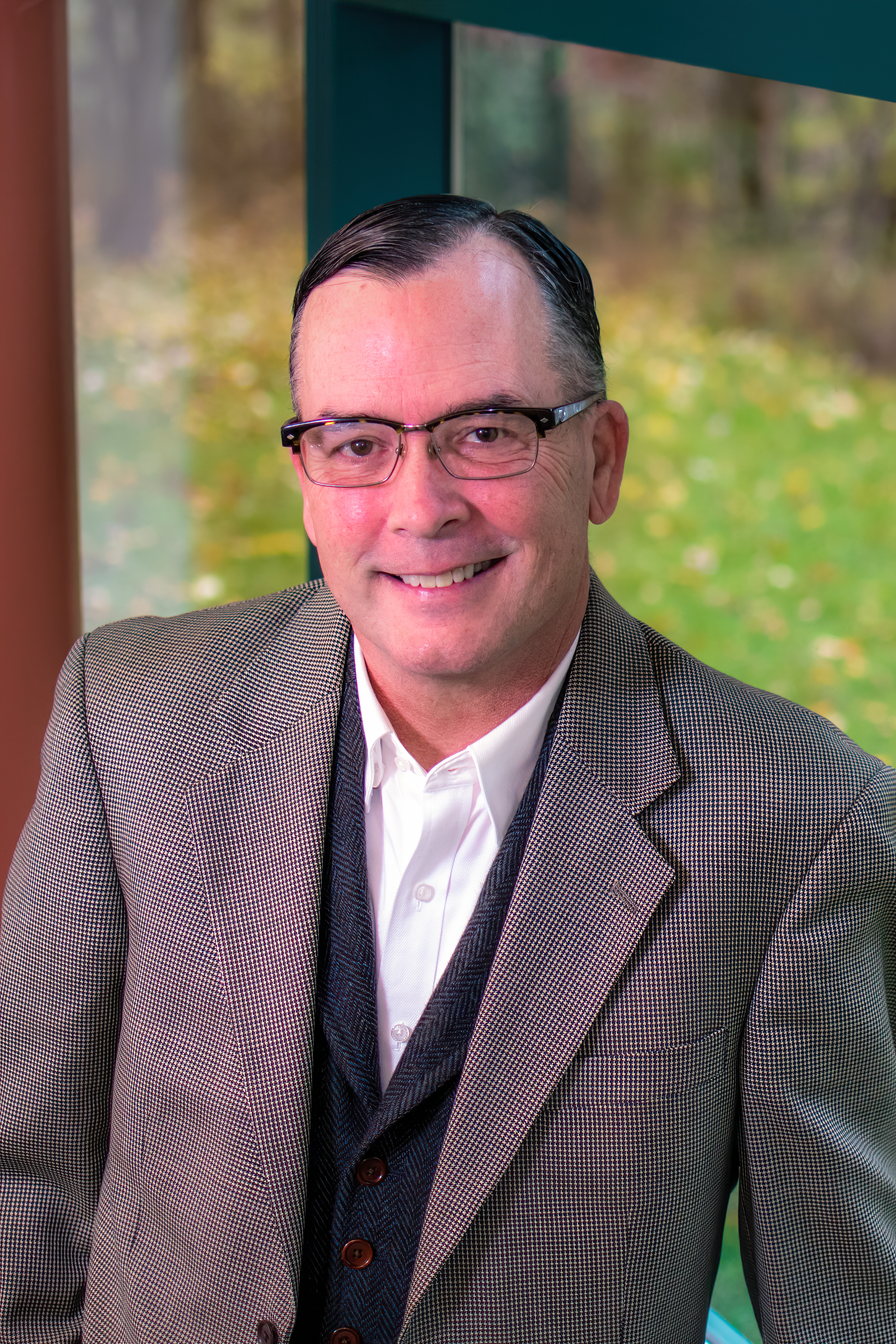 Todd Adkins, Ph.D., J.D., has been a Social Sciences Instructor at Montcalm Community College since fall of 2020. Dr. Adkins says he finds helping students to understand our noisy public square, while synthesizing real-world politics with political science theory, to be extremely fulfilling.  Dr. Adkins received his Bachelor of Science from Western Michigan University in Political Science, his Juris Doctor from the University of Iowa and his Master of Arts and PhD from Notre Dame, both in Political Science.  In his free time, Dr. Adkins enjoys riding motorcycles and aerobatic flying. An item on his bucket list is to take a motorcycle to the Bonneville Salt Flats to find “true top speed.” If Dr. Adkins hadn’t become a political science instructor, he would have enjoyed being a test pilot.  True to his background in political science, Dr. Adkins most admires James Madison, architect of the United States Constitution. A few of his other favorite things are The Matrix (the original movie, that is), Charlie Vergos' Rendezvous in Memphis Tennessee as a favorite restaurant, The Soul of America, a book by John Meacham, and the rock band Van Halen. 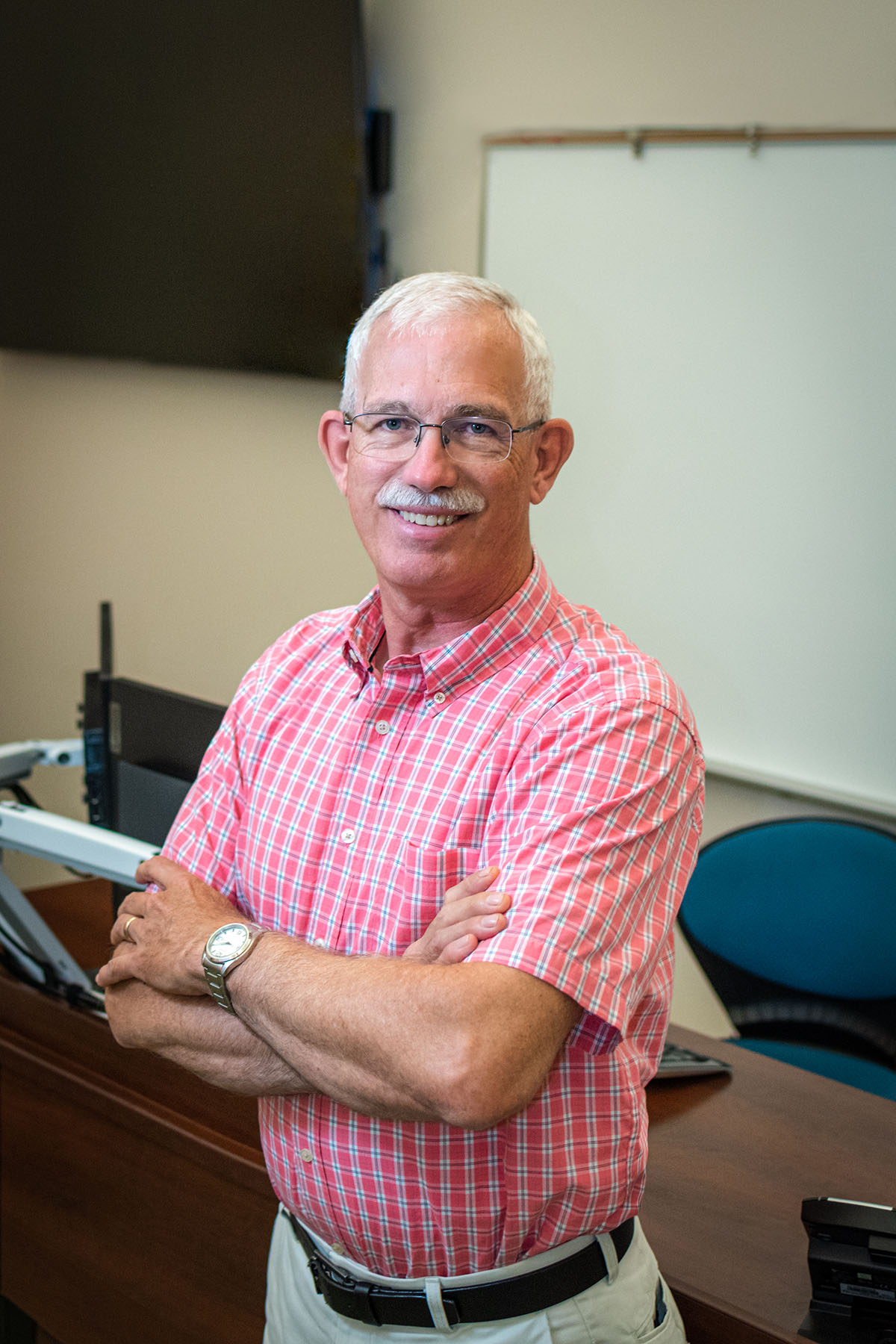 Bill Bishop, M.B.A., started with MCC as an adjunct instructor in 2004, became full-time in 2013.  Bill truly loves being part of this institution. He especially enjoys keeping in touch with former students, hearing about their successes, and witnessing personal growth and development in rewarding careers cultivated during their studies here. His areas of instruction include Accounting, Taxation, Business, and Management.  Bill serves as the Department Chair of MCC’s Accounting, Business, and Criminal Justice Studies, and is the co-advisor of the College’s Business Professionals of America Club.  Having lived in West Michigan his entire life, he received his Bachelor of Science in Business Administration (majoring in Accounting and Business Administration) from Aquinas College and Master’s in Business Administration from Ferris State University. Prior to coming full-time to the college, Bill worked for more than 25 years with a variety of companies in Michigan, Indiana, and Ohio as a consultant, controller, and Chief Financial Officer.  Bill and his wife have three sons, five grandsons, and two granddaughters. Activities he enjoys include hunting, gardening, reading, and playing bass guitar. However, those activities pale to his favorite joy of fishing, and it does not matter the location. He is equally at home on the many small local lakes, wading a trout stream, or making an off-shore run to Lake Michigan or Saginaw Bay for the best that Michigan has to offer. 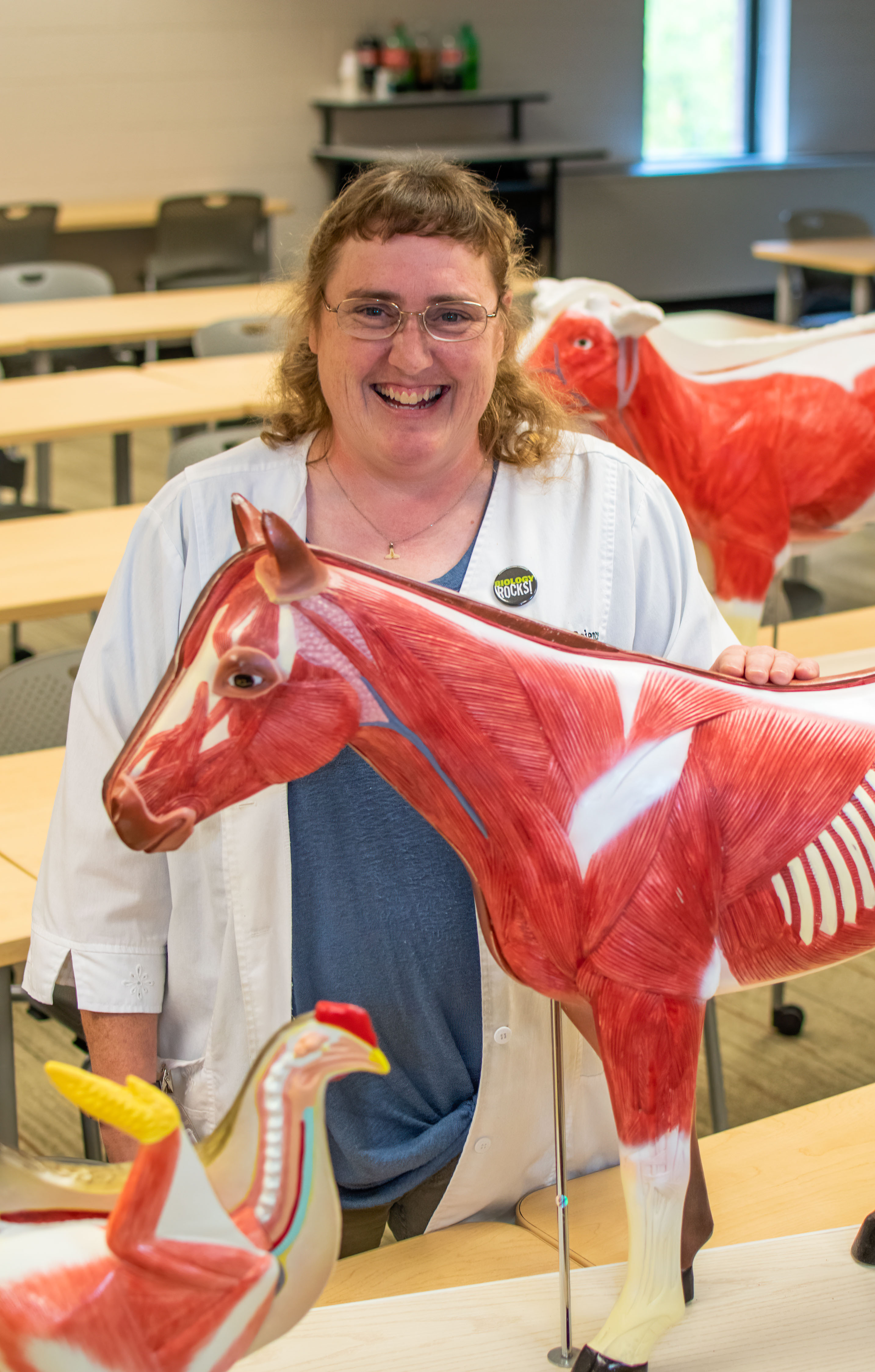 Michelle Gibson, Ph.D., is a full-time Biology Instructor at Montcalm Community College since 1999. Michelle thoroughly enjoys her position. “I like to make science fun and understandable,” she says. A pet peeve of hers, however, is when a student asks if she’s going to talk about “anything important” during an upcoming lecture. Michelle asserts that nothing unimportant would be worth lecturing about.Michelle graduated from Northern Michigan University with a Bachelor of Science in microbiology with minors in chemistry and physics. She went on to receive a Master of Science then a Ph.D. from Michigan State University, both in Animal Science.Michelle grew up on a farm with her three brothers, her sister, and her parents. She remains close with her family and spends much of her free time with them. The people Michelle admires most in the world are her parents, remembering how hard they worked for the sake of her and her siblings.Next to her family, Michelle spends time with her livestock and pets, claiming to have owned just about everything except a horse. She also enjoys gardening, reading, completing puzzles and riding her bike. A few of Michelle’s favorites are the Christmas movie “Love Actually”, ice cream, and the song “When You Say Nothing At All” by Ronan Keating. A bucket list item for her is to shake the hand of a president. Her life motto is, “be kind.”Michelle shares some facts about herself: